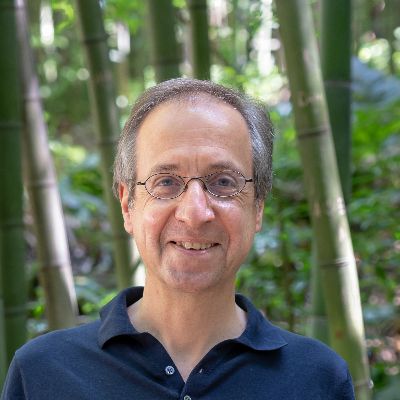 NT3-TrkC signaling in the regulation of fear memories

Molecular mechanisms of epileptogenesis: the role of GABAergic synapses

Excitotoxic injury in brain ischemia: the role dysregulation of the ubiquitin-proteasome system

Signaling mechanisms allow the interaction between neurons in the brain and orchestrate neuronal responses to stimuli coming from neighbor cells. Together, they determine the activity of neuronal circuits under normal physiological conditions, by acting at pre- and post-synaptic levels. Changes in intercellular and intracellular signaling mechanisms mediate the strengthening or weakening of the interaction between neurons, and are associated with many disorders of the nervous system.

Research in this unit focuses on 1) the mechanisms of regulation of the synaptic function by neurotrophins, which account for their role in long-term synaptic plasticity and in learning and memory formation, and how dysregulation of these processes contribute to several diseases of the nervous system; 2) the new molecular players underlying neuronal architecture changes in intellectual disability, such as Rett syndrome; 3) how dysregulation of GABAergic synapses contribute to the increased neuronal excitability in epilepsy; 4) the alterations in proteostasis coupled neuronal death in brain ischemia and in Alzheimer disease. The group uses standard biochemistry, cellular and molecular biology, electrophysiology and behavioral approaches, complemented with in vitro (neuronal cultures) and in vivo models of disease, to address these questions.

- Regulation of glutamatergic synapses by BDNF in synaptic plasticity and in disease (PI: Carlos B. Duarte)

Long-term synaptic plasticity of hippocampal synapses, which is thought to underlie learning and memory formation, requires local translation of proteins. The transcripts used in protein synthesis at the synapse are thought to be released from RNA granules in response to specific stimuli. These granules contain RNA binding proteins and are assembled in the cell soma and transported along dendrites. The neurotrophin BDNF plays a key role in long-term synaptic potentiation in the hippocampus (Prog Neurobiol. 92: 505-516 [2010]; Neuropharmacol 76, 639-656 [2014]), by upregulating protein synthesis at the synapse, in addition to its role in transcription regulation. We are currently investigating the role of BDNF in the modulation of the transport of mRNAs along dendrites and in local translation at hippocampal synapses. Our recent studies showed a key role for the RNA binding protein hnRNP K in the delivery of transcripts used in local protein synthesis at the synapse. This protein mediates the effect of BDNF in the upregulation of the synaptic expression of NMDA receptors which may account, at least in part, for the effects of the neurotrophin in LTP (eNeuro 4: ENEURO.0268-17.2017 [2017]; Science Signal 12: eaav3577 [2019]). In additional studies we are also investigating (i) the role of other neurotrophins in the regulation of the synaptic proteome, and (ii) the role of the FMR1 protein (FMRP) as regulator of translation at the synapse, which is relevant to understand synaptic alterations in Fragile X syndrome, a neurodevelopmental disorder characterized by the absence of FMR1 protein (FMRP).

Alterations in synaptic regulation by BDNF is also involved in several disorders of the nervous system. For example, the increased neuronal activity associated with epileptogenesis upregulates the synthesis, expression and release of BDNF, and several pieces of evidence showed a role for BDNF-TrkB signaling is the development of seizures. One of the aims of our work is to understand the molecular mechanisms underlying these effects of BDNF.

In previous studies we discovered that NT3-TrkC system plays a role in the regulation of fear in a pathologic setting. TgNTRK3 mice show heighten fear that is resistant to extinction. We showed that an altered brain fear circuit activation and a dysbalance in the excitation/inhibition ratio in the CA1 hippocampal region is responsible for the heightened fear exhibited by this mouse model. Importantly, we could demonstrate that it is possible to rescue these deficits using an agonist of GABAA receptors (J Neurosci 33: 15259-15271 [2013]). In a second study, we focused our attention in fear extinction and in the prefrontal cortex and I found that transgenic animals, upon fear extinction, do not show an increase in NT3 levels in prefrontal cortex. Moreover, a dysregulation in the NT3/TrkC – MAPK signaling pathway was found to be on the basis of the extinction deficit, which we were able to rescue upon local infusion of NT3 (Neuropsychopharmacol 42: 462–472 [2017]). These results highlighted for the first time the role of NT3 and TrkC in the regulation of fear contributing to understand its pathophysiology, but also to the advancement of knowledge in the field of neurotrophins. Following up this discovery, we are now investigating the neurobiological mechanisms underneath NT3-TrkC action’s in fear, in a physiological context. In the future we aim at translating these results to Humans.

Mutations in the MECP2 gene that encodes a transcription regulator known to affect a myriad of biological functions are the cause of RTT. Our pioneer work in RTT contributed to the definition of genotype-phenotype correlations in Humans and highlighted behavior and pathological alterations early in the development of a mouse model (Mecp2 knock out). We have identified subtle, but critical alterations in the early postnatal development of neurological reflexes, an early indicator of future neurological disorder (Genes Brain Behav 6: 277-286 [2007]). In a second study, the aim was to determine the role that different brain regions and neurotransmitters play in the origin and development of RTT. Here, we found that deregulation of norepinephrine and serotonin systems, in brain regions that participate in motor control, are involved in the pathophysiology of RTT and I highlighted the contribution of cortical regions from the early stages of the disease, concurrent with the reported involvement of brainstem regions (Neurosci 170: 453-67 [2010]). Presently, we seek to identify new molecular players underlying neuronal architecture changes and intellectual disability in RTT to identify novel therapeutic targets to alleviate the symptoms of this severe pathology.

Hyper-excitability is a permissive factor for the genesis/propagation of epileptic seizures. Aberrant GABAergic neurotransmission may be the cause of inhibition deficits in epilepsy. In many epileptic patients, seizures are controlled with anti-epileptic drugs, including enhancers of GABAergic transmission; however, about 30% of the patients became resistant to the treatment. Pharmacoresistance is associated to changes in neuronal plasticity and alterations of GABAA receptor (GABAAR)-mediated neurotransmission. Unpublished results from our laboratory indicate that SE alters GABAARs dynamics with a consequent synaptic downregulation. The downregulation of GABA inhibitory activity may arise from a positive shift in GABAAR reversal potential, due alterations in chloride homeostasis. However, whether alterations in the Cl– gradient account for the downmodulation of GABAergic neurotransmission in status epilepticus is not yet established. Ongoing studies address the molecular mechanisms underlying the alterations of GABAA receptor dynamics and the role of chloride homeostasis in the impairment of the inhibitory synaptic transmission during epilepsy, proposing the K+-Cl-cotransporter (KCC2) as therapeutic target for epilepsy.

- Excitotoxic injury in brain ischemia: the role dysregulation of the ubiquitin-proteasome system (PI: Carlos B. Duarte)

Neuronal cell death in brain ischemia is partly due to overactivation of glutamate receptors (excitotoxicity), leading to an [Ca2+]i overload and overactivation of calpains, a group of Ca2+-dependent proteases (Prog Neurobiol 143:1-35 [2016]). We have shown that calpains downregulate BDNF-TrkB receptor signaling  as well as GDNF-Ret signaling in brain ischemia with an impact on neuronal demise (J Neurosci 31: 4622-4635 [2012]; Cell Death Dis 6, e1645 [2015]). Furthermore, we reported that overactivation of extrasynaptic glutamate receptors contributes to a dysregulation of the ubiquitin-proteasome system (UPS) under excitotoxic conditions (Biochim Biophys Acta – Mol Basis Dis 1832: 263-274 [2013]), which may also have an impact in the neuronal proteome. Ongoing studies address i) the molecular mechanisms contributing to the impairment of the UPS in brain ischemia, ii) the functional consequences of the UPS dysregulation in brain ischemia, and iii) the putative neuroprotective effects resulting from activation of the proteasome, iv) development of novel neuroprotective strategies for stroke involving the upregulation BDNF expression. The experimental approaches used to address these questions include the oxygen and glucose deprivation (OGD) model of in vitro ischemia, and the transient middle cerebral artery occlusion model of focal brain ischemia.

- The role of Intra-axonal autophagy in the pathogenesis of Alzheimer’s disease (PI: Rui O. Costa)

Alzheimer’s disease (AD) is characterized by a pathological accumulation of proteins in neurons, suggesting a role for autophagy in the pathogenesis of this neurodegenerative disorder. Autophagy is an essential constitutive system for the degradation/recycling of cellular components and is highly regulated by proteins that control the formation of autophagosomes and their fusion with lysosomes to initiate the degradation process. Autophagy plays a key role in the maintenance of axonal homeostasis, but the alterations in intra-axonal autophagy in the context of AD and the associated underlying mechanisms are still poorly understood. We and others demonstrated that Amyloid-β peptide oligomers (AβO) cause synaptic plasticity impairment, axonal degeneration, and neuronal death in AD. Recently, using cultured hippocampal neurons, we observed that AβO also alters the levels of proteins involved in autophagy within the axonal compartment. Our ongoing studies aim at investigating how changes in intra-axonal autophagy are coupled to AD pathogenesis and whether these molecular mechanisms can be future new potential early targets for pharmacological intervention, or used as co-biomarkers of the disease. To address these aims we are using rat hippocampal neurons, cultured using different systems to isolate axons, and a wide range of techniques (e.g. Immunocytochemistry, live-imaging microscopy, western blot, molecular biology, etc.) to study the levels of autophagy-associated proteins and their involvement in AD. Information about journal articles, updated at 29-01-2023, from platform CIÊNCIAVITAE.

The role of proteases in hippocampal synaptic plasticity: Putting together small pieces of a complex puzzle

Calpains and neuronal damage in the ischemic brain: The swiss knife in synaptic injury

Role of GABAA receptor trafficking in the plasticity of inhibitory synapses

Role of the ubiquitin-proteasome system in brain ischemia: Friend or foe?

Role of the ubiquitin-proteasome system in nervous system function and disease: Using C. elegans as a dissecting tool

Neuroprotection by GDNF in the ischemic brain

Cleavage of the vesicular glutamate transporters under excitotoxic conditions

Signal transduction profile of chemical sensitisers in dendritic cells: An endpoint to be included in a cell-based in vitro alternative approach to hazard identification?

Regulation of local translation at the synapse by BDNF

Proteomic analysis of an interactome for long-form AMPA receptor subunits

BDNF-induced changes in the expression of the translation machinery in hippocampal neurons: Protein levels and dendritic mRNA

Validation of internal control genes for expression studies: Effects of the neurotrophin BDNF on hippocampal neurons

Role of the brain-derived neurotrophic factor at glutamatergic synapses

Release of IL-1ß via IL-1ß-converting enzyme in a skin dendritic cell line exposed to 2,4-dinitrofluorobenzene

Dexamethasone-induced and estradiol-induced CREB activation and annexin 1 expression in CCRF-CEM lymphoblastic cells: Evidence for the involvement of cAMP and p38 MAPK

Analysis of the presynaptic signaling mechanisms underlying the inhibition of LTP in Rat Dentate Gyrus by the Tyrosine Kinase Ihibitor, Genistein

Differential activation of nuclear factor kappa B subunits in a skin dendritic cell line in response to the strong sensitizer 2,4-dinitrofluorobenzene

Non-specific effects of the MEK inhibitors PD098,059 and U0126 on glutamate release from hippocampal synaptosomes

LPS induction of I¿B-a degradation and iNOS expression in a skin dendritic cell line is prevented by the janus kinase 2 inhibitor, tyrphostin B42

Adenosine A<inf>1</inf> receptors inhibit Ca<sup>2+</sup> channels coupled to the release of ACh, but not of GABA, in cultured retina cells

Regulation of AMPA Receptors by Phosphorylation

Glutamate in life and death of retinal amacrine cells

'Chemical ischemia' in cultured retina cells: The role of excitatory amino acid receptors and of energy levels on cell death

Release of glutamate by chick retina cells in culture: Role of Ca<sup>2+</sup> and arachidonic acid

Regulation of mitochondria fission by brain-derived neurotrophic factor (BDNF): role in synaptic plasticity and in epileptogenesis

Core Technologies for Education and Innovation in Life Science